Albert Herzstein epitomized the American dream of the self-made man. A great believer in the capitalist enterprise, he was a keen, honest, and forthright negotiator who treated everyone equally and with dignity regardless of their circumstances.  Albert passed away in 1997 at the age of 90.

Founders Albert and Ethel Herzstein were both children of pioneers.

The family name – which ironically translates as “heart of stone” — is unique, originating only from the town of Thielen in Germany’s Westphalia region. Albert’s parents, Jewish settlers Morris Herzstein and Lena Goldsmith Herzstein, owned a successful mercantile store and built the first cinema in the remote town of Clayton, in far northeast New Mexico.

Ethel Ann Avis was from Fulshear, Texas, about 30 miles southwest of Houston. Her family helped to establish the Fulshear United Methodist Church, which became one of the Herzstein Foundation’s early recipients.

Born in 1907 in Trinidad, Colorado (because his New Mexico hometown had no hospital), Herzstein came to Houston as an ambitious young man of 18. It was 1925, and he arrived with little more than a job offer from B.K. Smith’s small welding company. Within two years, he had married a woman he adored, Ethel Ann Avis, an operator at the Western Union office.

Investing funds from the sale of Ethel’s Ford Coupe in 1930, the entrepreneurial Herzstein helped build Smith’s company into an industry powerhouse. It eventually became Big Three Industries, then Air Liquide.

The Herzsteins established their charitable foundation in 1965 on the advice of a banker friend who saw they had no children and a growing estate. He advised, “Don’t give or throw away $1,000 here and there. Do it big, and put your name on it. That will be the footsteps you leave behind.”

Herzstein retired from Big Three in 1965 and established a thriving real estate business, Herzstein Investments, which eventually acquired more than a million square feet of warehouse space, debt free. The fortune – and the Herzstein’s philanthropy – grew. 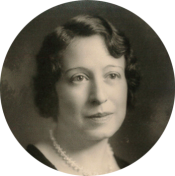 Among their large early gifts, the couple helped build Fulshear United Methodist Church for Ethel’s lifelong congregation. They also supported Al’s temple, Congregation Emanu-El, but they were more concerned with the principles of religion than theology. From its early stages, the foundation also provided important funds to Catholic organizations and numerous non-denominational institutions – the Chinquapin School, Houston Food Bank, the University of New Mexico and S.E.A.R.C.H.

After Ethel died suddenly in her sleep in 1983, her estate became the catalyst for larger-scale philanthropic programming. Sadie R. Smith, Al’s sister, contributed her estate in 1985.

Al’s generosity earned him numerous accolades in his later years. A Columbus Foundation selection committee consisting of Bill Moyers, Dr. Jonas Salk, and Marian Wright Edelmen gave him The American Philanthropist of the Year Award in 1993. Shortly before his death, St. Thomas University awarded him an Honorary Doctorate.

People often asked Herzstein why he was so generous. His answer, like his personality, was simple and to the point: “Because I’m the luckiest guy in the world.”