Vision
Our principles are guided by a fundamental belief in limited government, individual freedom, equality of opportunity, self-sufficiency, hard work, and resourcefulness.

Mission
The Herzstein Foundation pursues a mission to support free enterprise, strengthen families, preserve heritage, educate individuals and communities, and provide second chances where appropriate, encouraging individuals to realize their potential and ability to achieve their highest quality of life. 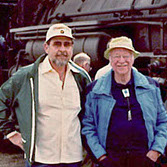 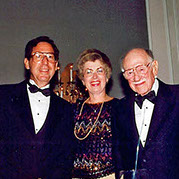 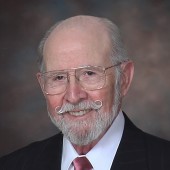 Nathan Harold Topek, M.D. was born in Houston, Texas on October 29, 1926. Dr. Topek grew up in the Houston area, enrolling in Rice University at the age of 16 and graduating from both Rice and Baylor College of Medicine as an Obstetrician/Gynecologist at the age of 22. He enlisted in the Air Force as a surgeon and served during the Korean War at Headquarters for Strategic Air Command in Omaha, Nebraska. He later returned to Houston to begin his practice in the Medical Center and west Houston.

Dr. Topek was dedicated to his work and loved being on the cutting edge of medicine. He was a founder of The Woman’s Hospital which developed the first pap smear clinic in the nation. This clinic set the standard for clinics across the United States, greatly advancing women’s health in America. Though Dr. Topek retired from The Woman’s Hospital in 1983, he continued to practice medicine at the Michael E. DeBakey VA Medical Center before officially retiring from medicine in 1998.

In 1997, after the passing of his dear friend Albert Herzstein, Dr. Topek was passionate in guiding the direction of the Albert and Ethel Herzstein Charitable Foundation. He served the following twenty-one years alternating between Chairman and Director. Al Herzstein had a vision for his Foundation, and Dr. Topek’s loyalty to his friend was made evident by his devotion to Al’s intent and legacy. Included in Al’s vision was the commitment to the cause regardless of race, gender, or religion – true ecumenism, a hallmark of the Foundation he guarded.

Dr. Topek was a proud Houstonian, a proud American, and especially a proud Texan. He was straightforward, honest, and a man of high standards. He is fondly remembered for his humorous nature, handlebar mustache, and dedication to charitable causes. Dr. Topek leaves us with a legacy of service and leadership: service in medicine that benefited untold women and leadership in guiding the Foundation that has touched thousands in Houston and beyond.